Since their chance encounter, Gabi has moved to Australia with Geoff; a decision which received much publicity within Australia and worldwide, due to the greatly influential media personality of each.

Geoff took the opportunity to propose at the 2014 Melbourne Cup. The couple are now happily engaged and taking life one day at a time.

Amongst many other achievements in her professional modelling career, Gabi has featured in MAXIM Magazine as the 2014 August covergirl. She is also currently designing her own ‘Avant Vamp’ line of clothing. 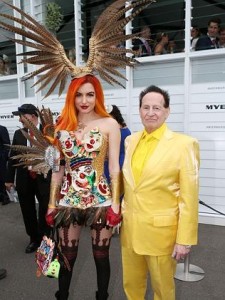